Apples on the wall

Apples on the wall

Kirsten Basma was born in Norway in Kirkines.
The 2 familyes decided to move to Russia in 1942.
Apples were painted in the room and was kept in their imagination and helped to forget the hunger.
Kirsten was sent to Sweden after the war. She captured her story in a painting, was the founder of a theater. She carries a strong tale about humanitarian questions that are still present today. 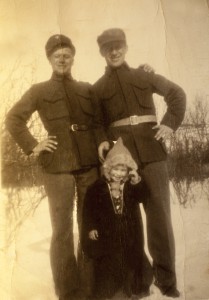 Sinopsis, long, English. Apples on the wall
Kirsten Basma was born in Norway in Kirkines.
We set a time to meet, and it was one of the strongest stories I heard in a long while, and interesting to shoot.
”We were afraid to get us bombed, afraid for future. Family and friends probably mean more than we can imagine.
People get more dependent on each other. The food has to be shared, clothes have to be shared, and humor gets shared to keep the spirits up. Humors and news from the war is shared.
Mother and father, sister and grandparents become almost central persons.
The family decided to escape to Russia with father’s brother’s family by boat. The trip took 26 hours on the sea with a storm raging, 2 families with 7 small children. The children and the women lived in Mochegorsk, in a barrack for 3 years. The fathers were with the Russian partisans fighting against the Germans.
Apples were painted on the ceiling of the room where the children slept, and was kept in their imagination and helped to forget the hunger.
Sweden is a protected land to live in compared to many other countries in the world, and we need to be reminded how it is to live in a war.
Kirsten tells about the strong feelings she had when she got told she was going to be sent to Sweden from Kirkenes with another 300 children after the war had ended.
Back in Norway, Kirsten and the other Norwegian children that had been to Sweden was called ”Svensk-Ongan”. I got surprised of Kirsten’s talents: she managed to capture the whole story in one beautiful painting.

Kirsten so wanted to tell her story, but never did…until 1995, when she with Svea Andersson was the founder of a theater ”Svensk-Ongan”, that was set up in Norway and Sweden.
Film Apples on the wall the art film about Kirsten. She carries a strong and poetic tale about a lot of the humanitarian questions of the situation of the refugees children and war that are still present today.
Her paintings, as a part of her story, old photos, video about theater, some visual bits of the movie. We know very little about the war, and every story from real witnesses that lived through it is important for our present generation.